This classic Ukrainian toasted buckwheat groats cooked in water until soft and fluffy, served with some butter and salt as a healthy gluten-free dish. These buckwheat groats are perfect as a side dish or breakfast porridge. 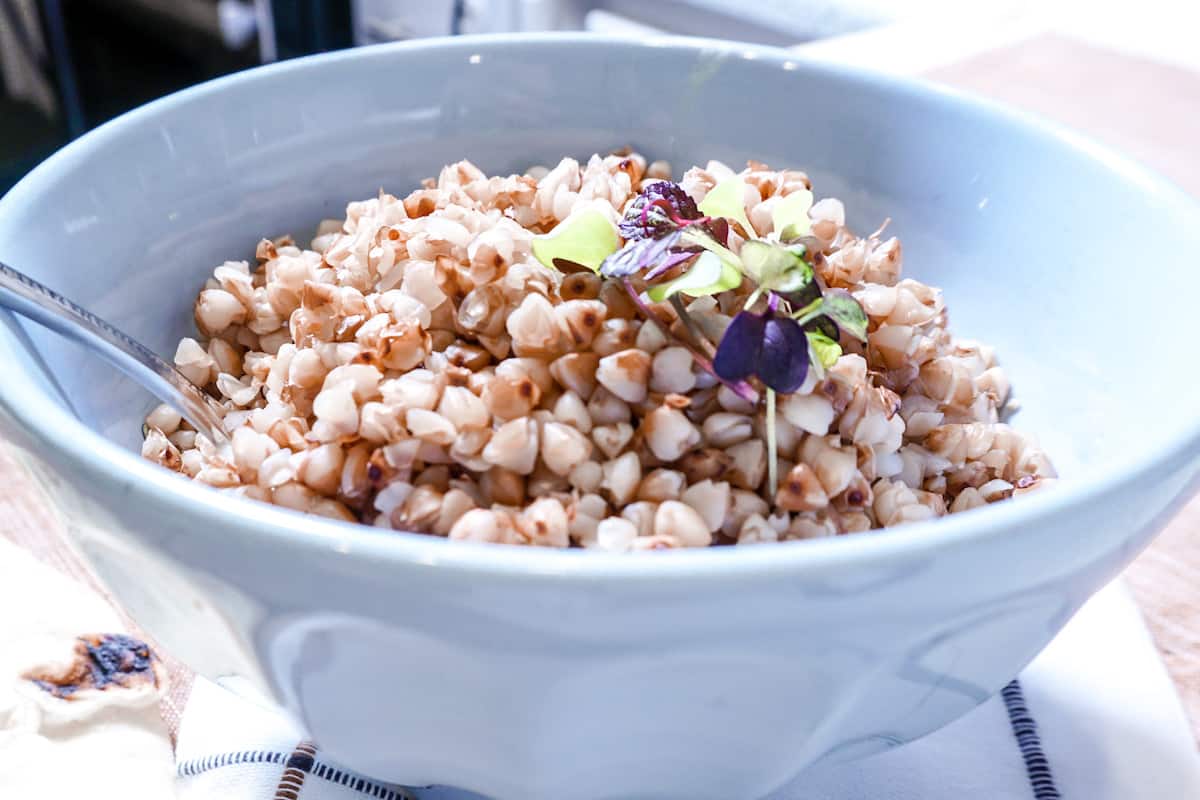 WHY YOU WILL LOVE THIS RECIPE

So many do not know or never tried buckwheat. This pseudo-grain is mostly popular in European countries but quickly becoming known all over the world. Buckwheat is a grows mainly in Europe and Asia.

This tiny groats are full of nutrients, is high in protein and have a low glycemic index. In fact, it is gluten-free and is rich in dietary fiber. Buckwheat is ecologically clean grain. Sadly, not so many foods can be called ecologically clean these days. The plant itself is not picky and easy to grow, so farmers do not often use pesticides and fertilizers on buckwheat fields.

There are few kinds of buckwheat you can find at the store. The difference between them is how the groats have been processed. If you want fluffy kasha buckwheat groats it is very important to get the right type and even brand of buckwheat. Let's start with types of buckwheat available at the stores:

1. Green Buckwheat is buckwheat groats that are harvested and peeled without heat treatment. This type is healthier and has more nutritional value but it's not my favorite as a side dish. It does not have much taste and has a mushy texture. Green buckwheat is the best when used in soups or as a flour for gluten-free baking (you can buy already milled buckwheat flour, or it's easy to make it yourself). Sprouting green buckwheat is another way to get the most nutrition out of this grain. But if you want to cook buckwheat as a fluffy side dish with a nutty flavor, buy some toasted buckwheat. It is often called "kasha". "Kasha" means porridge in Ukrainian and Russian.

WHAT BRANDS AND WHERE TO BUY BEST TOASTED BUCKWHEAT GROATS

So often I hear that the buckwheat was mushy or even burnt during the cooking process, or just did not taste good. If your buckwheat is not fluffy and mushy, and you followed the recipe, you more likely bought green buckwheat or the wrong brand of toasted buckwheat.

If you want to prepare a fluffy "kasha" that has a pleasant texture 8nd a nutty flavor you have 2 options:

CAN I TOAST GREEN BUCKWHEAT TO MAKE FLUFFY KASHA

Until the mid of XX century, all buckwheat was green. Green buckwheat did not have a long shelf life, so the manufacturers started using thermal treatment to prolong its freshness.

First, the machines blow any outer layers and other debris out of buckwheat. The special fan blows hot air onto the buckwheat toasting it. Before packaging, the groats are sorted and cleaned from any dry layers again. This way, we have brown toasted buckwheat that has a nutty flavor and is so fluffy.

IS BUCKWHEAT GOOD FOR YOU

Buckwheat is a highly nutritious food. It is a good source of high-quality plant-based protein, and also fiber. Buckwheat is rich in iron, copper, magnesium and phosphorus. Buckwheat is naturally gluten-free but if you are sensitive to gluten always check the package due to possible contamination

HOW TO COOK BUCKWHEAT KASHA

This is the stove top method of cooking buckwheat groats. If you'd like to cook in instant pot, check this easy "kasha"instant pot recipe I recently published. The buckwheat turns out super fluffy and light in instant pot.

HOW TO STORE AND REHEAT BUCKWHEAT GROATS

HOW TO SERVE TASTY BUCKWHEAT GROATS 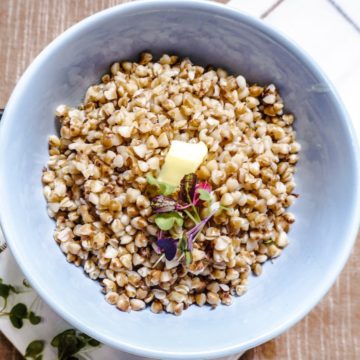 Hi there, I'm Nataliia. I am a content creator behind Sava's Kitchen. On my blog, you will find a lot of healthy family friendly recipes. My focus is to create versatile lower sugar and lower sodium recipes that taste great and are easy to make. Learn more about me by clicking below!

We use cookies on our website to give you the most relevant experience by remembering your preferences and repeat visits. By clicking “Accept”, you consent to the use of ALL the cookies.
Do not sell my personal information.
Cookie SettingsAccept
Manage consent

This website uses cookies to improve your experience while you navigate through the website. Out of these, the cookies that are categorized as necessary are stored on your browser as they are essential for the working of basic functionalities of the website. We also use third-party cookies that help us analyze and understand how you use this website. These cookies will be stored in your browser only with your consent. You also have the option to opt-out of these cookies. But opting out of some of these cookies may affect your browsing experience.
Necessary Always Enabled
Necessary cookies are absolutely essential for the website to function properly. These cookies ensure basic functionalities and security features of the website, anonymously.
Functional
Functional cookies help to perform certain functionalities like sharing the content of the website on social media platforms, collect feedbacks, and other third-party features.
Performance
Performance cookies are used to understand and analyze the key performance indexes of the website which helps in delivering a better user experience for the visitors.
Analytics
Analytical cookies are used to understand how visitors interact with the website. These cookies help provide information on metrics the number of visitors, bounce rate, traffic source, etc.
Advertisement
Advertisement cookies are used to provide visitors with relevant ads and marketing campaigns. These cookies track visitors across websites and collect information to provide customized ads.
Others
Other uncategorized cookies are those that are being analyzed and have not been classified into a category as yet.
SAVE & ACCEPT